Across the country, down-towns are experiencing a renaissance of great music, art, museums and breathtaking renovations of beautiful old buildings. 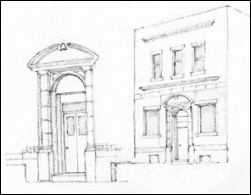 (246 West Broadway). Known since 1953 as the Labor Temple, this building was constructed in 1910 by Rocky Mountain for use as a telegraph office. The building was used by the phone company until the late 1920’s. It was then acquired by the Catholic Church, named Faber Hall, and used as a parish hall. In 1953 the building was purchased by the local carpenters union and used as a meeting hall. Recently it has been used as a private residence. It is the city’s earliest remaining example of Renaissance Revival style. The building was listed on the National Register of Historic Places. It burned several years ago and was subsequently demolished for a parking lot. 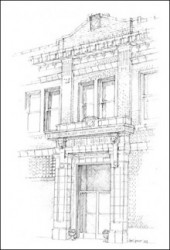 (381 Shoup Avenue). This is an excellent example of the use of terra cotta with Renaissance Revival style was constructed in 1915. The main entrance of the building is surrounded by a terra cotta entablature with lion heads and heraldic shield. Soon after it was built, the first floor housed a women’s clothing store, a grocery store, and a furniture store. 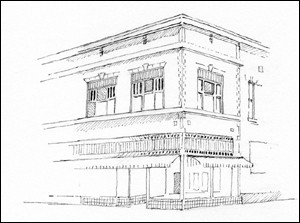 (504 Shoup Avenue). This building was erected as the Montgomery Ward and Company Department Store in 1928-1929 and has not been significantly altered. It is an excellent example of a combination of styles found frequently in southern Idaho in the 1920’s and 1930’s: Renaissance Revival style with Art Deco influence. 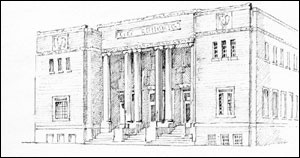 (308 Constitution Way). The City Hall was constructed during 1929 and 1930 and was designed by Lionel E. Fisher, a principal in the Idaho Falls firm of Fisher and Aitken. This building is one of the few examples of the Beaux Arts architectural tradition found in the state of Idaho, and the exterior is unaltered. Although the interior foyer with skylights has been remodeled into offices, the lobby retains its distinctive tiles and decorative detail. 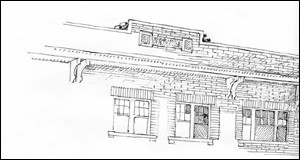 (347 Constitution Way). The Underwood Hotel, built in 1918, is unique for two reasons. It was built for Jennie Underwood, a woman entrepreneur, and the building is an example of the use of the Renaissance Revival style in a more decorative manner than is found in most other Idaho Falls buildings. The facade is dominated by a large metal cornice supported on brackets. The Underwood Hotel (as well as other hotels on Constitution Way) once served passengers departing from the Oregon Shortline Railroad depot, which was located at the east end of Constitution Way. 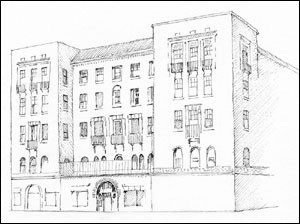 (410 Constitution Way). The Bonneville Hotel was built in 1926-1927 at a cost of $335,000 by the Idaho Falls Community Hotel Corporation, a group of 421 local citizens. The corporation was conceived by the Chamber of Commerce and led by O.A. Johannsen, a prominent Idaho Falls attorney. It was created to bring a first-class hotel with convention facilities to Idaho Falls. When built, the hotel had a large central lobby, two dining rooms, a ballroom, and a sample room. The architectural firm of H.L. Stevens Co. of San Francisco designed the hotel in the architectural tradition of Italian Renaissance. 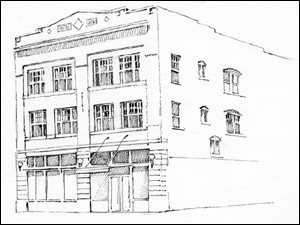 (482 Constitution Way). When the Hotel Idaho was built at the eastern end of Constitution Way in 1917 by owner F.C. Hansen, it was considered to be at an almost impossible location, surrounded by vacant land and single-family dwellings. Soon after it opened, it housed a business college as well as lodging facilities, and later the Hart-Ellsworth Auto Company, a Nash dealership, occupied the southwest portion of the main floor. The hotel did not close until 1979, and the building now houses offices.

(605 N. Capital). Lionel E. Fisher and Charles Aitken designed the courthouse, a simplified classical design built in concrete with brick veneer. The interior, with its marble stairs and wainscot, mosaic floor tile, and stained glass skylight, is one of the state’s most distinguished examples of public architecture built in the period immediately after World War I. 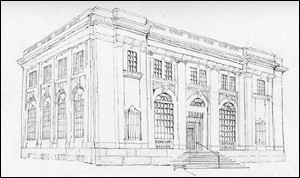 (591 North Park Avenue). The design for the former post office was completed by James A. Wetmore, a native of Philadelphia, in 1914. Two years later, at a cost of $86,199, construction was completed on this fine example of Georgian Revival style. In addition to the post office, the U.S. Geological Survey, the U.S. Department of Agriculture News, the Civil Service Investigator, and the Defense Investigative Service occupied the building in its early years. In 1986, the U.S. Postal Service left the building, and private investors bought it, restored the exterior, and remodeled the interior into offices. 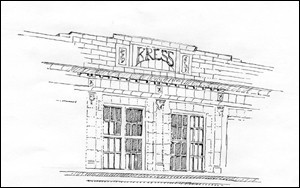 (541 Park Avenue). This relatively unaltered building was constructed for S.H. Kress and Company between 1930 and 1932. The terra cotta facade of this building is rare in Idaho. Few buildings in Idaho illustrate the use of terra cotta for more than decorative material. 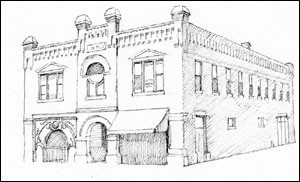 (393 Park Avenue). The Idaho Falls lodge of I.O.O.F. which was already thriving in 1892, was built in 1909. It is the sole remaining example of Romanesque Revival motifs that once dominated commercial buildings on early Broadway and Park Avenue. When it was built, two arched entrances served the first floor, which housed a grocery store, the Star movie theater, and an undertaker.

(346 Park Avenue). Originally constructed with a corner entrance and of red and white sandstone in the Romanesque Revival style, the building was modified by the addition of its present brick veneer in the second decade of the century. It is a highly simplified version of the Renaissance Revival style that began to dominate commercial architecture in downtown Idaho Falls during World War I. The Farmers and Merchant Bank shared the building with a drug store. Lodgings were available on the second floor. 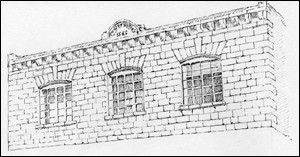 (362 Park Avenue). This building is the best remaining example of stone buildings that comprised most of Idaho Falls’ commercial center at the turn of the century. Work on the building began in 1895. It originally had one story with basement; the second floors was added by 1905. Herman J. Hasbrouck, who was responsible for the original construction, was a Nebraska attorney who practiced in Idaho Falls from 1890 to 1915 and served in the Idaho Senate during the 1909 to 1910 session.